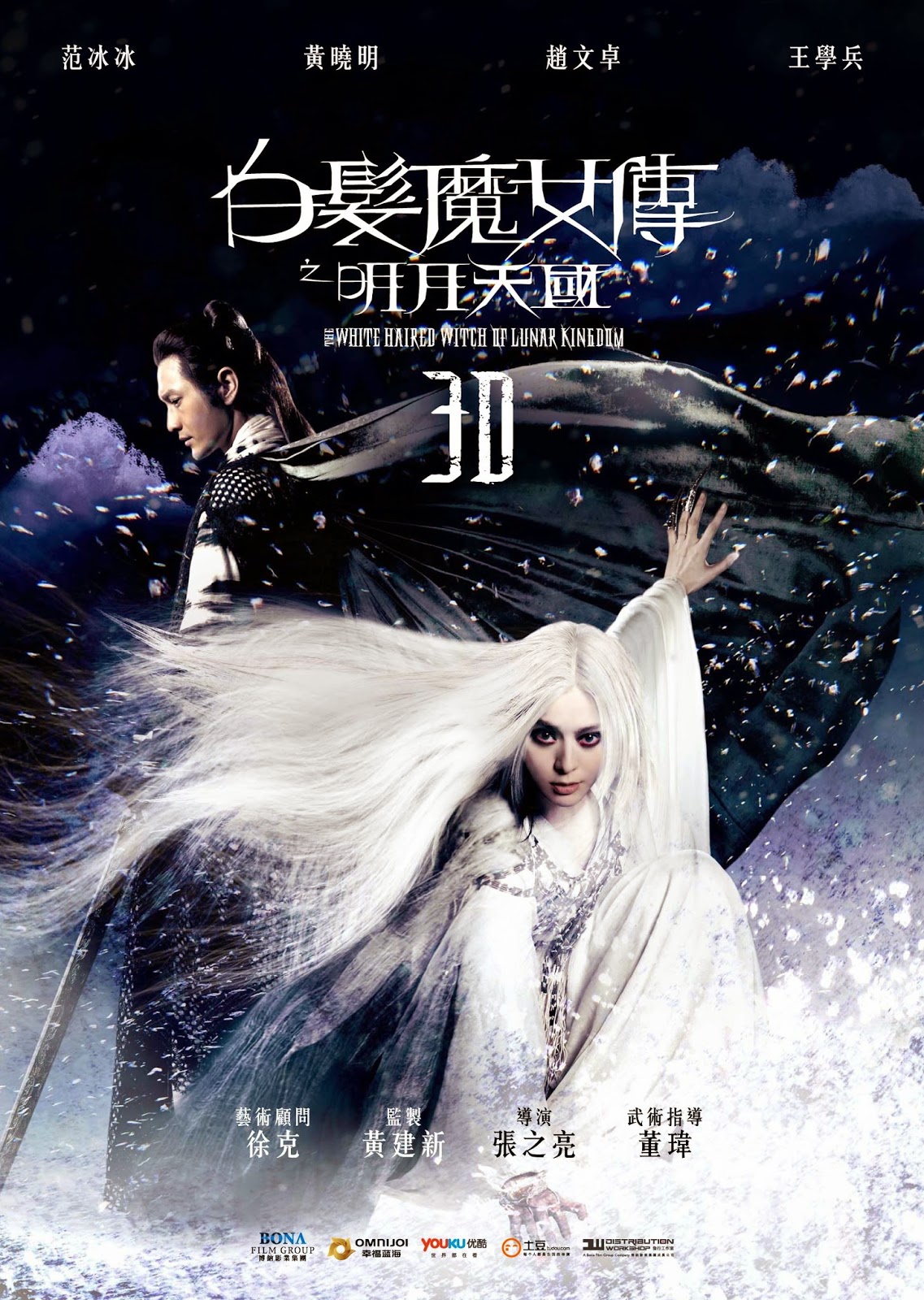 Synopsis: At the end of the Ming Dynasty, corruption is rife, a traitor is in power and the Jin army is threatening war. In the Northwest, famine is rife. Jade Raksha (Fan Bing Bing), a female pugilist thought of as evil throughout the empire, helps the victims of the famine by arresting and killing corrupt officials.

Meanwhile, the future successor of the Wudang Sect, Zhuo Yihang (Huang Xiaoming) is dispatched to Beijing to pay tribute to the emperor. He encounters Jade Raksha and sees that she is not the evil person she is rumored to be. Despite their differences, they begin to fall in love.

Review: Cinemagoers who are familiar with the source novel by Liang Yusheng will know that Ronny Yu’s iconic Bride with White Hair in 1993 did not do the novel any justice, and really the final product did not feel like a “proper” adaptation, more a wuxia film inspired by the novel. In this new 2014 incarnation, Jacob Cheung and his team of writers have managed to include a lot more of the novel and historical context into the film, but it is still a rather uneven effort.

The White Haired Witch of the Lunar Kingdom (what a mouthful!) runs a lean 103 minutes, but boy is it overstuffed, especially when it comes to the plot – incorporating political intrigue, a Romeo and Juliet-esque romance, a wuxia movie, and a half-baked “undercover cop” plot element in such a short amount of time is an unwise endeavour, since it just means everything is given short shrift.

The biggest problem to arise from this is that the central romance between Jade Raksha and Zhuo Yi Hang simply does not come across as being convincing, despite commendable thespian efforts from both Huang Xiaoming and Fan Bing Bing. Due to this lack of emotional heft, it is quite difficult to feel vested in either character, regardless of how hard the director tries. And tries he does, complete with an at-times overbearing score and a cheesy song segment that seems to have been transplanted intact from the early 90s wuxia films.

The film does have its merits, however, with impressive production design – the costumes (by the Oscar-winning Timmy Yip) in particular are quite well done, and the action choreography by Stephen Tung delivers, though annoyingly there are very few scenes in which the action is allowed to play out. While it may be a bit too emo and busy for its own good, The White Haired Witch of the Lunar Kingdom remains one of the better Chinese films I’ve seen this year to date, which says quite a bit about the state of the Chinese film industry these days.

One thought on “The White Haired Witch of the Lunar Kingdom”