Synopsis: Three different stories revolving around condoms unfold on Valentine’s Day: in Balloons, the elderly Hua (Catherine Sng) considers divorcing her husband Niu (Marcus Chin) for his acts of infidelity with a prostitute; in Plumber, journalist Bao Ling (Yeo Yann Yann) hallucinates about a durian-flavoured condom coming to life (Lee Chau Min) and encouraging her to hook up with any man, including a plumber (Julian Hee) whom Bao Ling contacts out of desperation; and finally in Nightmare, condom-hating womanizer Adam Kok’s (Alaric Tay) fantasy with a Japanese AV actress Kawaii Momoko (Ong Shu Ann) comes to life, but at the same time he finds a condom attached to his genitals that he simply can’t remove.

Review: In a society as straight-laced as Singapore, a homegrown sex comedy is almost unheard of, so kudos to Han Yew Kwang for successfully bringing Rubbers to fruition. Boasting three non-intersecting storylines, the film is perhaps a little too ambitious in scope, and really may have fared better if Yew Kwang did not attempt to inject the film with so many disparate tonal styles and plotlines. Simply put, the contrasting styles of the three segments – realism (Balloons), magical realism (Plumber) and absurdist (Nightmare) – do not mesh that well together, especially when intercut with each other.

The good thing about Rubbers is that it does deliver the goods as a sex comedy. There are a handful of laugh-out-loud moments, although some of it does feel a little juvenile (most of which coming from Nightmare). What’s more impressive is that there are actually some tender scenes in the film that manage to elevate it to more than just a crass sex comedy, particularly in Balloons and in the denouement of Plumber. Yew Kwang has also successfully replicated the look and feel of a number of different genres of film in Rubbers, and the one I was most impressed with was a note-perfect “Asian horror” sequence that stars the director himself.

While Yann Yann is definitely the most high-profile actor in the cast, her performance is somewhat of a mixed bag, as her portrayal of Bao Ling ends up feeling a bit too caricaturish and scenery-chewing at times, which is somewhat exacerbated by the virtual non-acting of Julian Hee and the extremely out-of-place performance of Chau Min as the durian condom (to be fair, anyone would have been out of place in that rather thankless role). The other two pairings fare much better – Shu Ann steals the limelight in almost every scene she is in, and shares a great chemistry with Alaric, while Catherine and Marcus both hold their own, especially in a pivotal scene near the end of their tale.

Despite the R21 rating that Rubbers has received, apart from a few suggestive sequences and a number of cuss words, the film is actually visually rather PG, with nary any nudity or even implied sexual activity. It’s also an extremely localized film, with a lot of colloquialisms and Singapore-specific humour that will likely limit the film’s accessibility outside of its home nation. Though Rubbers is a somewhat uneven attempt, it works well as a palate cleanser amidst the heavier-hitting action blockbusters that are currently populating the cinemas, especially for audiences who are looking for a more light-hearted cinematic experience. 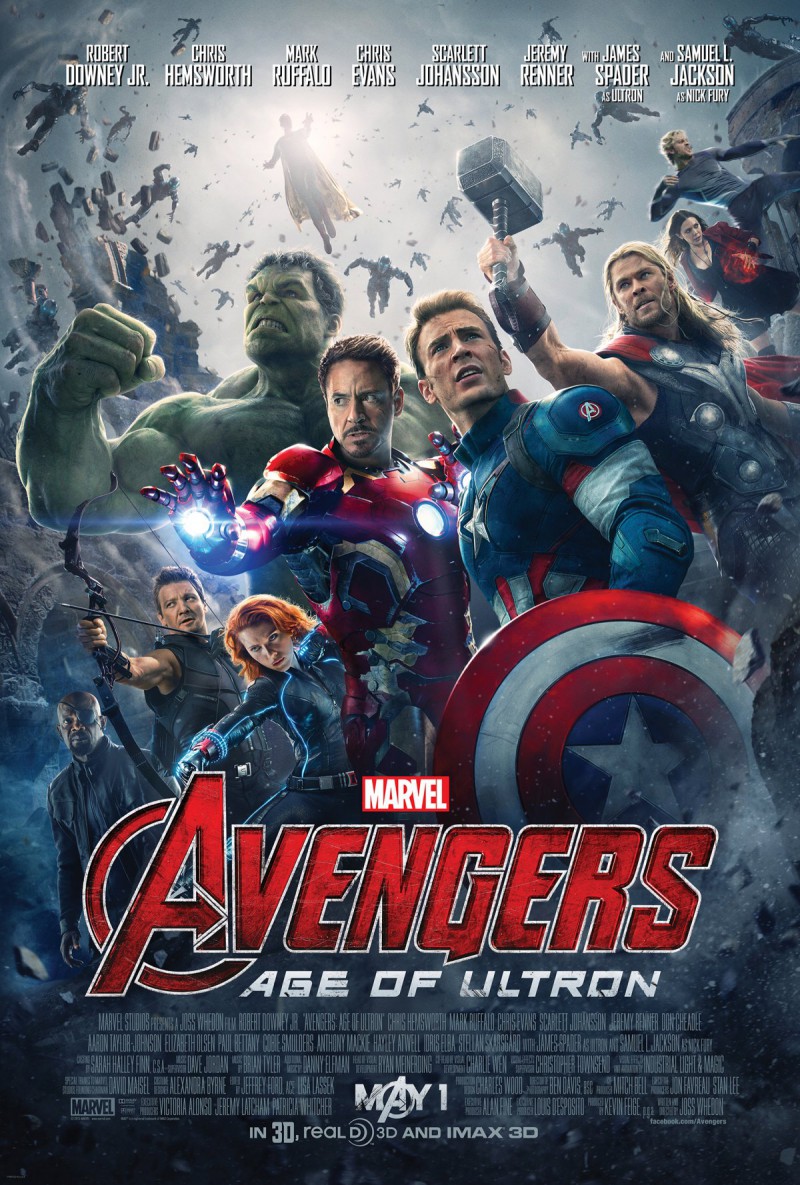 Synopsis: When Tony Stark tries to jumpstart a dormant peacekeeping program, things go awry and Earth’s Mightiest Heroes, including Iron Man, Captain America, Thor, The Incredible Hulk, Black Widow and Hawkeye, are put to the ultimate test as the fate of the planet hangs in the balance. As the villainous Ultron emerges, it is up to The Avengers to stop him from enacting his terrible plans, and soon uneasy alliances and unexpected action pave the way for an epic and unique global adventure.

Review: It cannot be denied that despite being an utterly successful commercial venture (and having other film studios scrambling to create similar franchises), the Marvel Cinematic Universe is starting to feel a little tired. Although this is “just” the second proper Avengers movie, it is also the 11th film in the Cinematic Universe, with just one more film to go (Ant-Man, coming in July) before Phase 2 ends and Phase 3 begins with TEN more movies on the slate, stretching all the way to 2019. To say that there’s a surfeit of superhero movies is an understatement, and one does wonder how long the gravy train can keep on chugging.

Thankfully, there’s a dichotomy in Avengers: Age of Ultron that is rarely seen in the Cinematic Universe – the film delivers on the big action sequences that people have come to expect from these movies, and yet focuses the plot largely on the smaller characters that don’t have a dedicated movie (or movies) to their name. This approach adopted by Joss Whedon is really only possible in a franchise as developed as the Marvel one, since there is the luxury of time to tell the tale over multiple movies, and Age of Ultron is better for it.

Ultron, the titular mega-villain, stands head and shoulders above many of the other bland villains that have populated much of the MCU movies. He poses a credible threat and is a worthy opponent to the Avengers, and because he is literally heartless, there is actually a sense of peril pervading parts of the movie. Joss Whedon also tries to humanize a number of the Avengers, most notably Bruce Banner, Black Widow and Haweye, as well as newcomers Quicksilver and Scarlet Witch, giving them romantic subplots and human backstories that fill in the gaps between the action set-pieces.

Although this may sound like nit-picking, it’s actually the action set-pieces that bring Age of Ultron down a notch. Like the first Avengers movie, action sequences come across as being slightly over-edited, with so many cuts that the action actually becomes a little muddled. This is most apparent in the showdown between the Hulk and Iron Man (in a pretty cool Hulkbuster suit), which is edited with such a quickfire pace that it almost feels like a scene out of the Transformers franchise – which is not a good thing. Watching the film in 3D also exacerbates the issue while adding virtually nothing in the third dimension, and an IMAX non-3D screening would probably be the most optimal viewing experience.

It’s become apparent, especially in Phase 2 of the MCU, that the movies can no longer be entirely judged on their individual merit. As a standalone film, Age of Ultron has its flaws in terms of pacing and editing, but when viewed as a key film in Phase 2 of the MCU, it fares better – not only does it wrap up some loose ends from the preceding movies, it also begins the narrative arc of Phase 3, introducing a number of new superheroes that should come into their own when the next Phase begins.  There is a compelling story to be found in Age of Ultron, and despite it being what is essentially the middle film in the Avengers trilogy (now a quadrilogy, to be exact), doesn’t suffer too much from the middle-child syndrome.