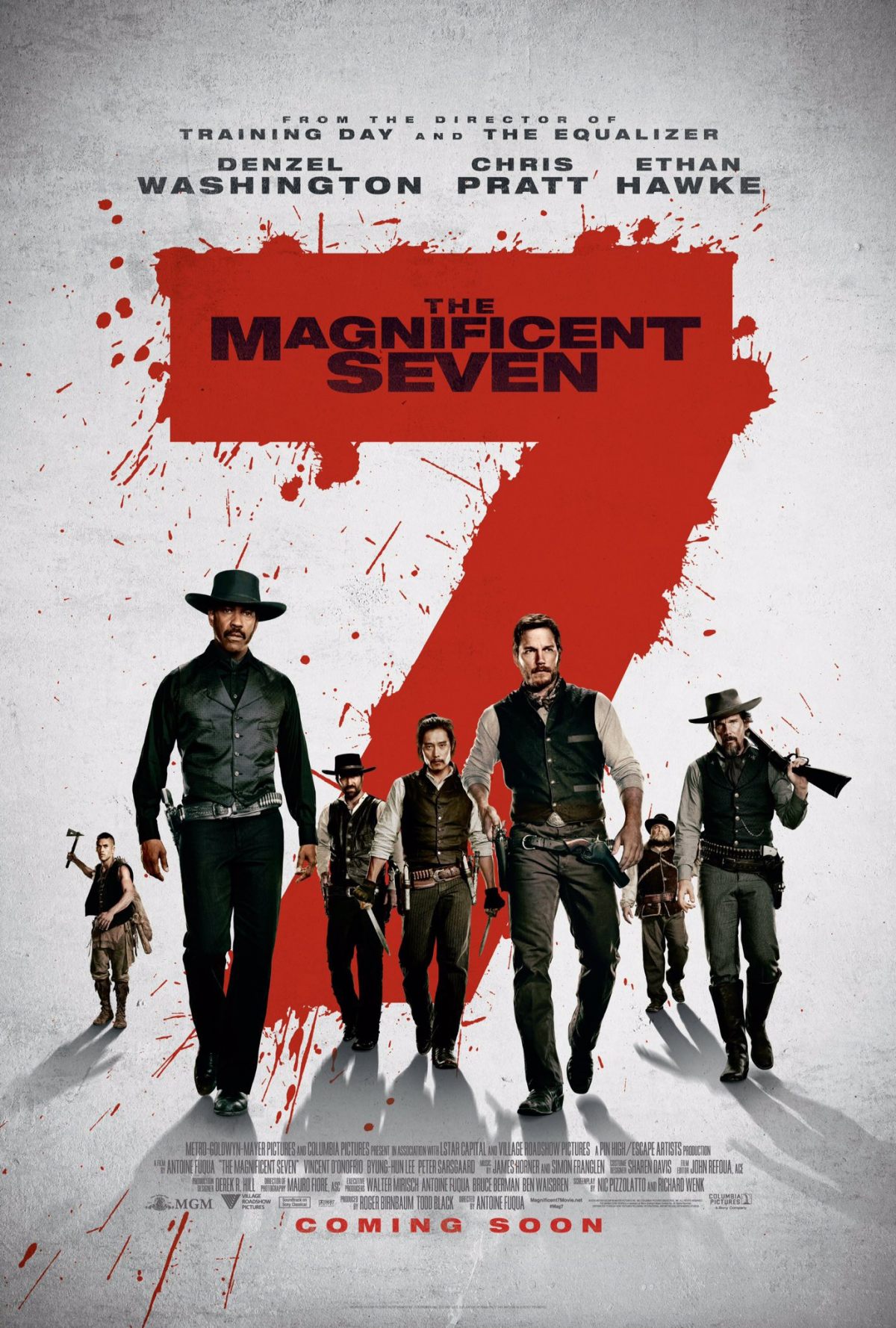 Review: The Magnificent Seven is a remake of the 1960 film of the same name, but this is one of “those movies” in which it would actually do the viewer more good if they have never watched the original (which itself is actually also a remake of Akira Kurasawa’s Seven Samurai). While it doesn’t measure up to either original, this remake of The Magnificent Seven is a serviceable, entertaining film that should appeal to most audiences.

While the concept of a motley crew could have been new and fresh in the 60s, in the new millennium it is the norm – ensemble casts can be found across the board in multiple genres of film, most notably the superhero genre that is now the mainstay of blockbuster movies. Apart from the “been there, done that” vibe, the common weakness of many similar films is also found here in The Magnificent Seven – there simply isn’t enough flesh on the bone for many of the ensemble characters, so much so that the audience won’t really feel vested in their outcomes at all.

In a cast that is filled with well-known faces, Denzel Washington and Chris Pratt are the only two that manage to make a mark. Denzel Washington is positioned as the emotional centre of the film, and the seasoned thespian assumes this role with aplomb. Chris Pratt is once again cast as a roguish charmer with all the best lines in the script, and his sharpshooting, sass-talking Josh Faraday is easily the most memorable (and likeable) character in the entire film. Unfortunately, Peter Sarsgaard comes across as a one-dimensional villain and his Bogue fails to convince (on a positive note, at least they didn’t cast Christoph Waltz yet again in this role).

The first hour of The Magnificent Seven is focused on the backstories of the seven-plus characters that populate the show, and is the more interesting half of the movie even if some of the backstories feel a little generic. In the second hour, Fuqua goes back to his action film roots, and it’s essentially one giant, protracted shootout where the vastly outnumbered good guys are able to mow down a ridiculous number of bad guys. While it does go on for a little too long, the action remains engaging enough to not feel tiresome. These seven may not necessarily be magnificent, but are at least a hair above “good enough”.

3 thoughts on “The Magnificent Seven”