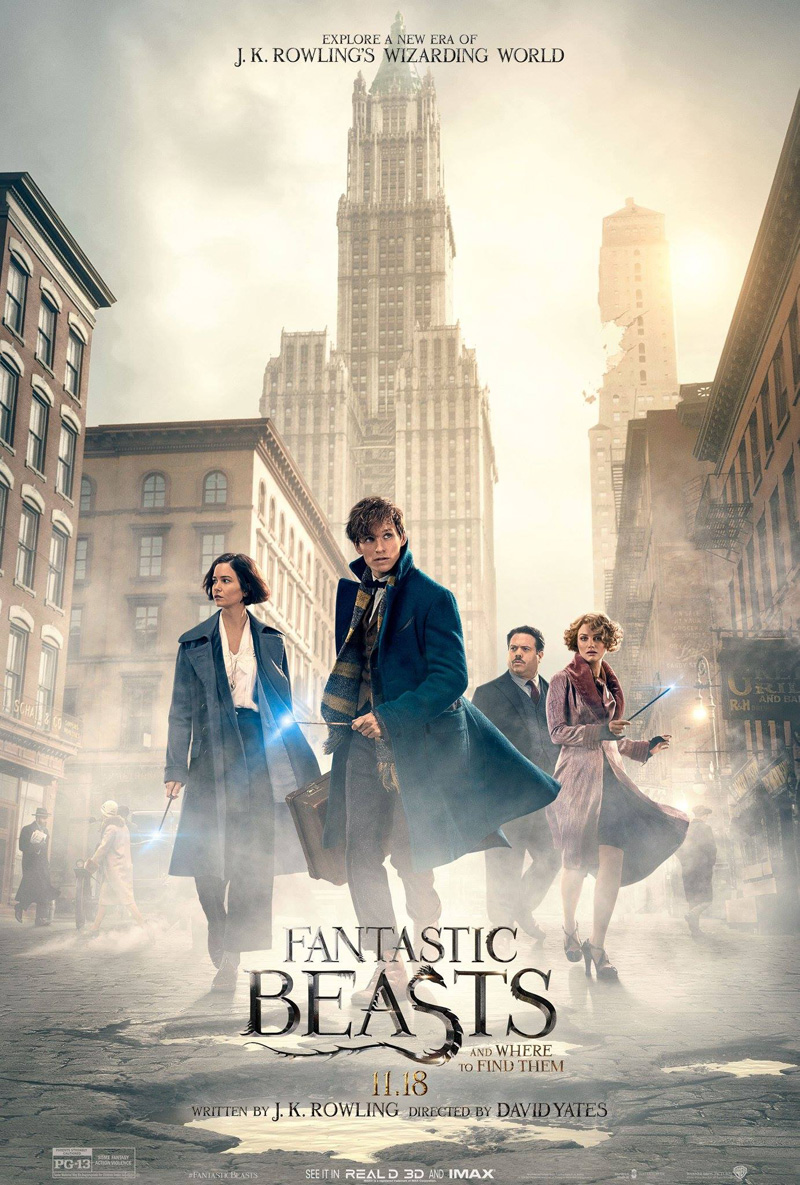 Synopsis: Based on a textbook Harry Potter reads while at Hogwarts, this first film in a new prequel franchise of the Harry Potter universe is set in New York during the 1920s, and follows the adventures of Newt Scamander (Eddie Redmayne) as he makes his way through a secret wizarding community in search of magical creatures.

Review: 5 years has passed since the eighth and “final” movie in the Harry Potter universe made it to the big screens, but there really was no doubt that the Potterverse was too lucrative to be left alone. Not long after, Fantastic Beasts and Where to Find Them was announced, set 70 years prior to the events that unfolded in the original Harry Potter franchise. It has since been revealed that this would be the first of five movies, and while this is a good thing for fans, I had reservations – the Harry Potter films to me were a highly functional (read: $$$) but a decidedly average franchise. Would Fantastic Beasts fare any better? The answer is – yes and no.

The Harry Potter films got gradually darker as they progressed, but Fantastic Beasts takes it even further. This is easily the darkest film in the Harry Potter universe, and deals not just with multiple character deaths, but also touches on child abuse and bigotry (amongst others), difficult subjects for any film to handle, and even more so for a film that is at least partially targeted at younger viewers. This is probably a conscious decision on J.K. Rowling’s end, since she takes on the screenwriting duties for the first time, and one can somewhat appreciate the fact that she chose not to talk down to the audience. This does mean that Fantastic Beasts will not work well as a family film if there are younger children in the mix.

Fantastic Beasts is heavily steeped in Potter-speak, and a newcomer to the universe would likely feel a bit alienated by the lack of an introduction into the world of wizardry. It is, however, still quite a wonderful universe to be lost in, and David Yates, with his plentiful experience in Harry Potter movies, has managed to bring some conceptually difficult sequences to life. The highlight of the show is definitely the myriad fantastic beasts featured, and really shows off Rowling’s imagination as a writer. The actors largely do a reasonable job, with Eddie Redmayne seemingly becoming typecast as the awkward, slightly bumbling protagonist (which he plays to the hilt here), but the bigger names in the cast list do nothing more than what amounts to cameo appearances. The only problem is that the beasts boast more personality than the actors, which isn’t something that could be said of the original Harry Potter franchise.

Fantastic Beasts also exposes one of the weaknesses that Rowling has as an author. Every installment of the Harry Potter franchise unfolds in largely similar manners (surprise villain, characters with secrets – good or bad – to hide, and so on), and the same predictability dogs Fantastic Beasts. There is no surprise to be had, and even though the universe is an enchanting one, at times Fantastic Beasts feels like the pilot episode of a drama series, building towards something potentially greater a couple of movies down the line. It remains to be seen whether this new franchise would take off, but given the amount of fan service that Yates and Rowling have offered here, the likelihood of commercial failure seems remote.