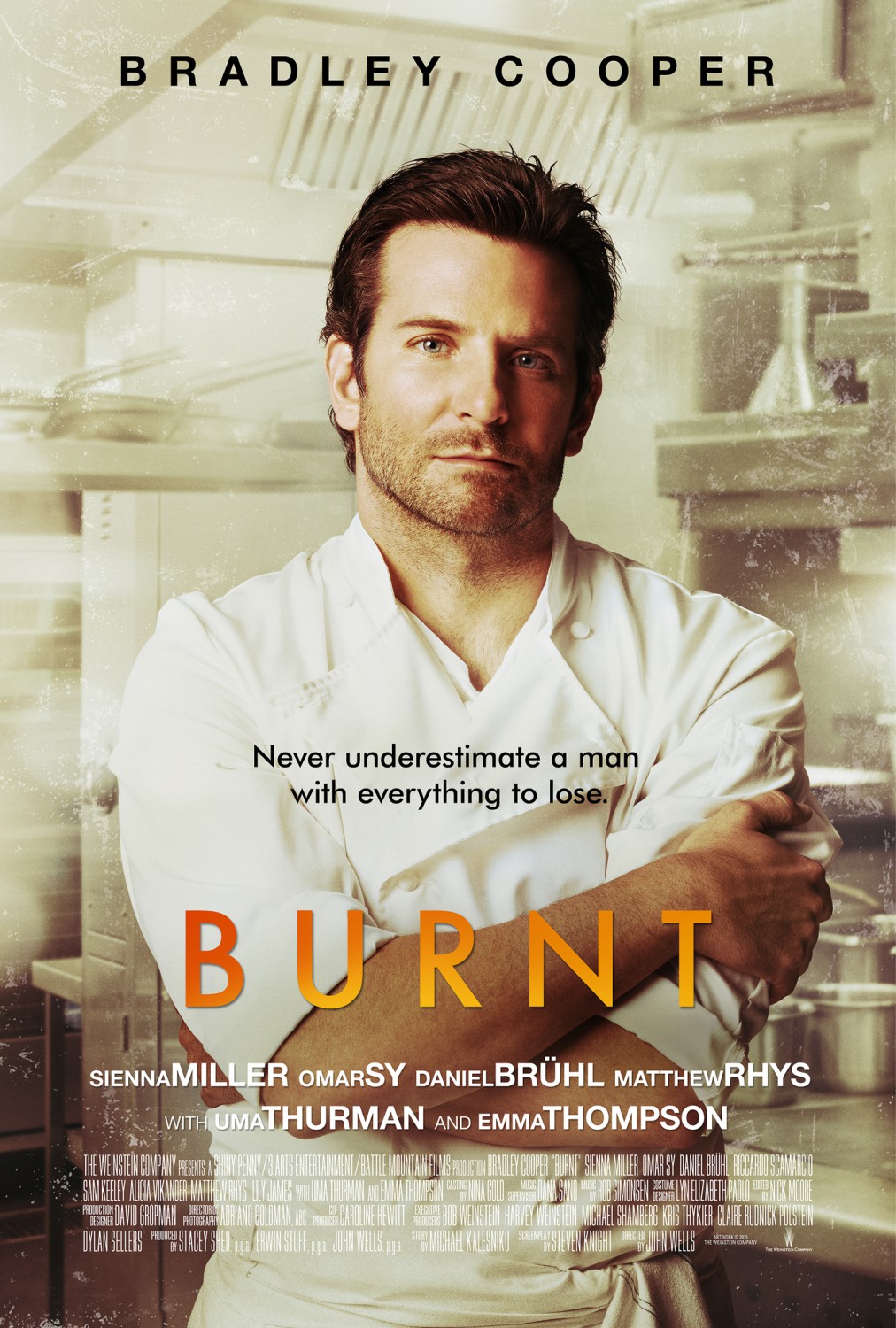 Synopsis: Adam Jones (Bradley Cooper) is a chef who destroyed his career with drugs and rock star behavior. He cleans up and returns to London, determined to redeem himself by spearheading a top restaurant that can earn him his third Michelin star.

Review: There’s a scene in Burnt where Bradley Cooper’s Adam expounds on why fast food is not given the credit he claims it deserves – and the answer is because they produce food that’s too consistent, and consistency is boring. The same, unfortunately, can be said of Burnt itself, as it comes across as a film that’s a little too generic and unmemorable as a whole.

It’s kind of a pity, especially since Bradley Cooper puts in a (by now) reliably solid performance, able to portray both the swaggering a-hole and the introspective, insecure ex-addict with aplomb and believability. However, his performance is let down by the middling script – the entire redemptive arc of Adam runs along an extremely predictable path, and anyone who’s seen a movie in the same mould (i.e. everyone) will not be surprised in any way, save for a single unexpected plot twist near the end of the film.

Also, for a film that deals in the rarefied world of haute cuisine, there’s surprisingly little attention paid to the food. While there are some aesthetically pleasing close-up shots of the dishes, the editing and montages generally feel too harried, with the camera rarely resting on any food shot for more than a second. This frenetic pace works better in a film like Chef, and ironically Chef actually pays more loving, measured attention to the food truck-style dishes than what Burnt does with its Michelin-star gourmet dishes.

While there are a good number of name actors in the film, they are generally given very little to do, with the only bright spark being Sienna Miller’s Helene, whose charming performance is a credible foil to Cooper. Other well-known faces like Emma Thompson and Uma Thurman feel criminally underused, serving more like props to help propel the plot along rather than actual characters. In the end, Burnt feels like a facsimile of a gourmet meal, one that will undoubtedly leave you feeling full, yet unsatisfied.