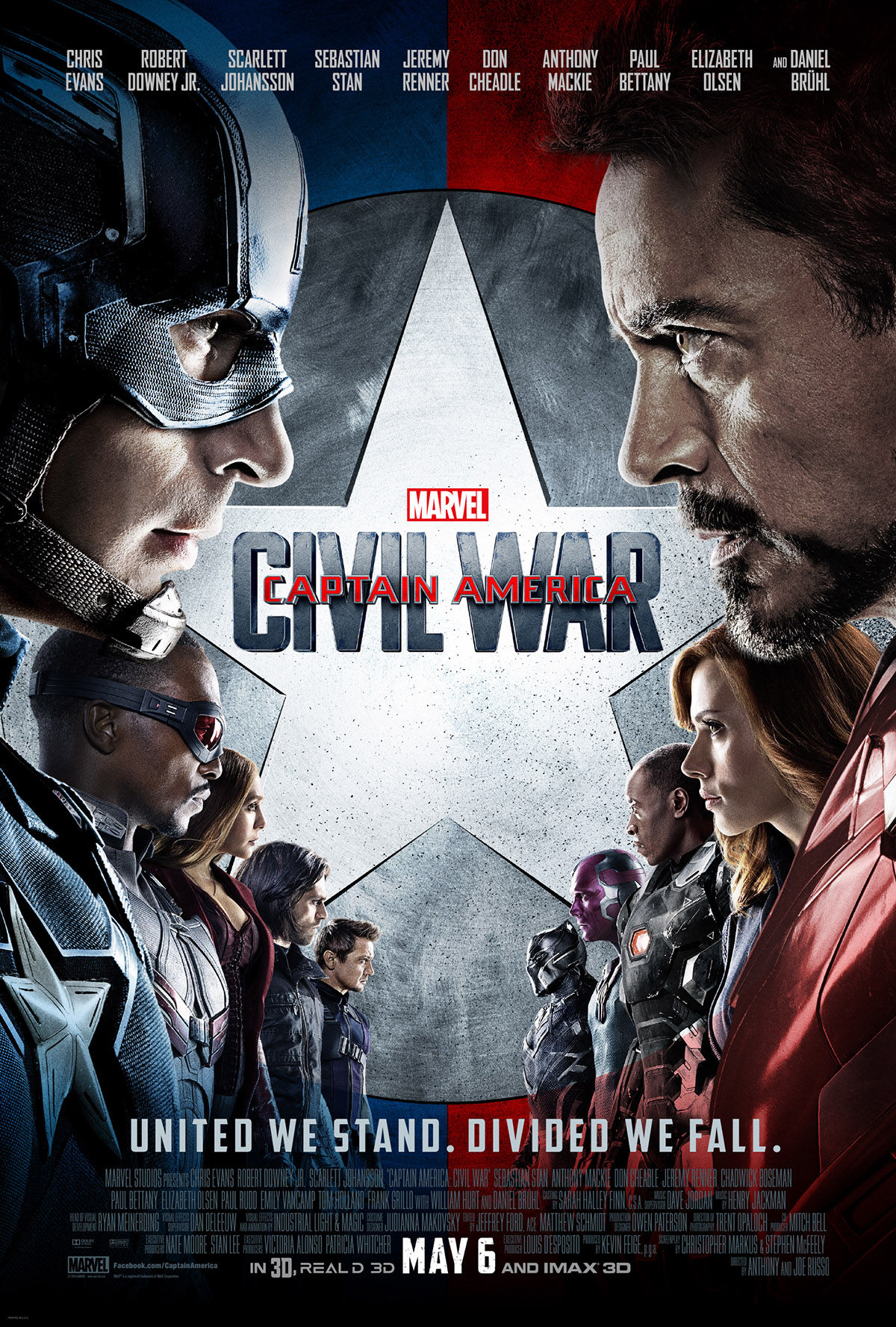 Synopsis:  Captain America: Civil War finds Steve Rogers (Chris Evans) leading the newly formed team of Avengers in their continued efforts to safeguard humanity. But after another incident involving the Avengers results in collateral damage, political pressure mounts to install a system of accountability, headed by a governing body to oversee and direct the team. The new status quo fractures the Avengers, resulting in two camps – one led by Steve Rogers and his desire for the Avengers to remain free to defend humanity without government interference, and the other following Tony Stark’s (Robert Downey Jr.) surprising decision to support government oversight and accountability.

Review:  It’s not surprising, given their track record, that Marvel has managed to hit yet another Marvel Cinematic Universe movie out of the park. This may sound repetitive, but Captain America: Civil War is possibly the best movie from the MCU so far – not only does it present an absorbing, complex and intellectual storyline, it is chock-full of impressive action set-pieces and even finds time to flesh out both old and new Marvel characters. This is the superhero movie that Batman v Superman wanted to be but failed terribly trying.

Although this is presented as the third Captain America movie, the number of superheroes involved in the story is as plentiful as a “proper” Avengers film. Apart from the rather obvious omissions of Thor and the Hulk, Civil War features almost all the Avengers, and introduces audiences to Black Panther and Spider-man (who makes a pretty triumphant, scene-stealing return to Disney after his stint in Sony Pictures). Impressively, scribes Christopher Markus and Stephen McFeely (who also wrote first two Captain America movies) managed to flesh many of these superheroes out to be more than the sum of their superpowers, despite an already narratively dense film.

Refreshingly, Civil War is not all grim and dour like in Batman v Superman, and yet the film grapples with heavy subject matter with far greater aplomb than the clunky incoherence that populated BvS. Directors Anthony and Joe Russo have applied their experience in TV comedies to the Marvel films they have directed, and the same is evident here – there are many moments of levity to be found amidst the seriousness, though never distractingly so. There is also some really great action sequences to be found here, including an excellent scene at the airport where the two opposing factions of the Avengers finally clash, and their superpowers being pitted against each other in very interesting and unexpected ways.

Civil War is the first salvo in Phase 3 of the Marvel Cinematic Universe, and one of the very few criticisms that can be leveled at the movie is that it feels slightly incomplete as a standalone movie, and ends in a really abrupt manner. This is to be expected given the way the MCU is being structured now, with each movie being a cog in the wheel of a larger movement, but it is particularly apparent in Civil War that many plot lines are being laid in the film and aren’t fully realized by the time the credits roll, since the audience isn’t expected to watch this movie in isolation. While the uneven nature of Batman v Superman has called to question the viability of DC’s cinematic universe and roster of upcoming films, Civil War has merely reaffirmed that Marvel is at the top of the cinematic game, and even if the proceedings feel a little predictable at times, the film is a highly enjoyable opener to the next five years’ worth of the MCU.