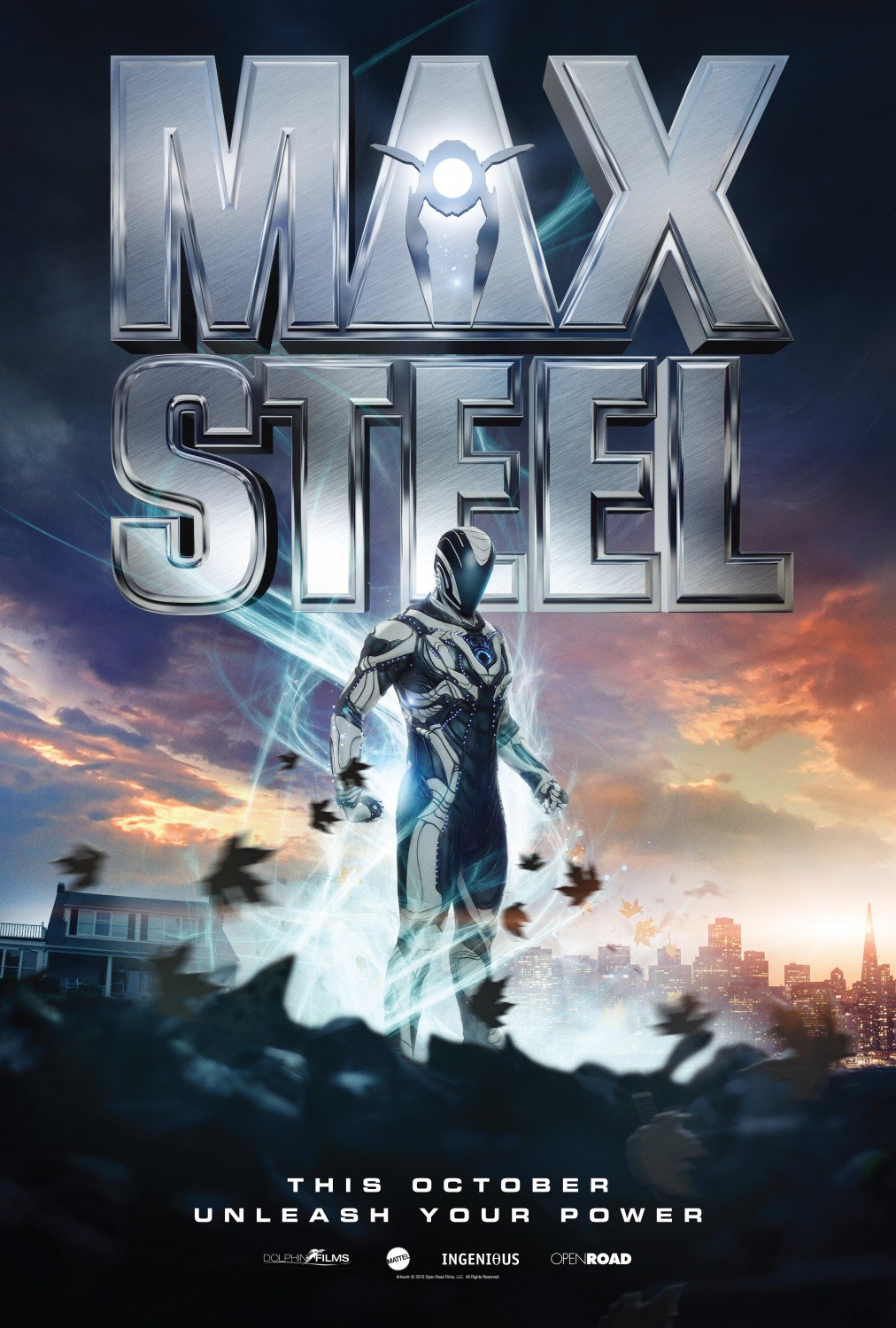 Synopsis: 16-year old Max McGrath (Ben Winchell) has just moved to a new town – and is desperately trying to fit in – when he discovers his body can generate the universe’s most powerful energy. Unbeknown to Max, a techno-organic extraterrestrial named Steel (Josh Brenner) has been keeping an eye on him, hungry for his super-human energy. When they finally meet, they discover that together they form Max Steel, a superhero possessing powerful strength beyond anything in our world. These two unlikely friends soon find themselves hunted by sinister forces who want to control Max’s powers, as well as an unstoppable enemy from another galaxy.

Review: There is a reason why Max Steel was not screened for the media prior to its unheralded opening this week – because the assuredly unenthusiastic reviews of this mediocre superhero movie would have killed any chance it had at the box office. Max Steel is based on the Mattel toy and TV cartoon title, but the result is so underwhelming and unimpressive that Mattel would probably have done better spending that money on a Barbie direct-to-video movie. Bowing against the colossal Doctor Strange in Singapore is also a strange (ahem) decision – what chance of success would Max Steel stand against a marquee MCU superhero title?

Max Steel was clearly positioned as an origins movie and a start of a franchise, but this also means that an inordinate amount of time in this film is devoted to setting up the backstory of Max and robot/alien sidekick Steel. Yet, so little is explained clearly that it is never really certain exactly how Max and Steel came about, much less the Ultralinks that are after them. Almost an hour goes by before Max even discovers his true legacy, and to be honest most audiences would have ceased to care by then.

The acting in Max Steel leaves much to be desired. While Ben Winchell is fresh-faced and relatively good looking, he doesn’t seem to possess much thespian talent and as such struggles to deliver in scenes that call on even a tad bit of emoting. Both Mario Bello and Andy Garcia phone in unengaging performances, with Andy Garcia given the thankless role of being the stereotypical tech millionaire villain. The special effects are passable, but on the whole Max Steel feels more like a film developed for the small screen, and if you choose to watch one superhero movie this week, this should not be the one to pick.