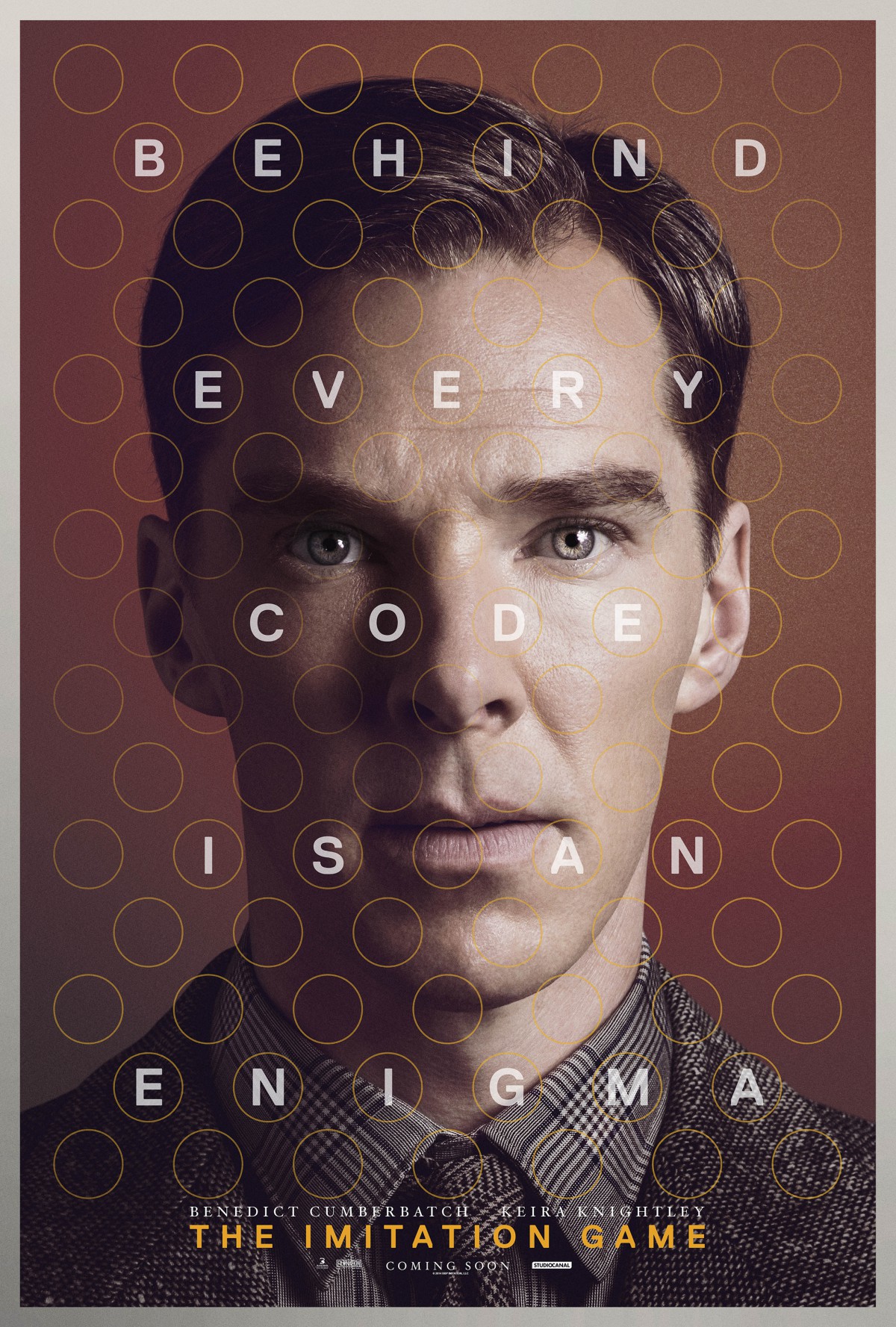 Screenplay: Graham Moore, based on the book “Alan Turing: The Enigma” by Andrew Hodges

Synopsis: Famously leading a motley group of scholars, linguists, chess champions and intelligence officers, Alan Turing (Benedict Cumberbatch) was credited with cracking the so-called unbreakable codes of Germany’s World War II Enigma machine. An intense and haunting portrayal of a brilliant, complicated man, The Imitation Game follows a genius who under nail-biting pressure helped to shorten the war and, in turn, save thousands of lives.

Review: Although The Imitation Game is thematically similar to The Theory of Everything, it ranks as the better biopic. The Imitation Game is more willing to show the darker side of things, occasionally dips its toes into thriller category, and boasts equally strong lead performances, which makes it a better cinematic experience overall. While Eddie Redmayne astonishes with his physical transformation, Benedict Cumberbatch impresses with superior thespian skills.

Intertwining three periods in Turing’s life, The Imitation Game begins in 1952, with Alan Turing being investigated and arrested for “gross indecency” – as homosexuality was still illegal back in the 50s – and using the police interrogation as the launching point of a recounting of his exploits in World War II at Bletchley Park. Turing was instrumental in cracking the German Enigma machine, which helped decode German radio messages and led to an earlier conclusion of the War, but he sadly committed suicide at the young age of 41, one year after he was found guilty and chose chemical castration over prison time. There are also earlier flashbacks to the 1920s, when Turing was a schoolboy who is just discovering his sexuality and experiencing his first crush.

The decision to focus on just three periods in Turing’s life is an astute one. By going deep instead of going wide, Tyldum and Moore have managed to create a multidimensional portrait of Turing, aided of course by the superlative performance of Benedict Cumberbatch. Cumberbatch manages to capture the essence of Turing, from his complete social awkwardness to his laser-like focus on solving Enigma, from his brilliance to his isolation. It is a pitch-perfect performance, and firmly establishes Cumberbatch as one of the top talents in the industry.

Special mention must also go to Alex Lawther playing the younger Alan Turing, who also manages to capture the nuances required to realistically portray a conflicted teenager coming to terms with his love for a fellow schoolboy. Keira Knightley once again shows that she is best in unconventional roles and not as a wide-eyed ingénue, though she isn’t given that much to do in the film.

Opting to eschew the more technical aspects of how Enigma was solved, certain scenes in The Imitation Game do stretch plausibility somewhat, though they do add more excitement to what’s essentially a very academic activity. Solving Enigma takes place around the midpoint of the film, but it’s really what unfolds after that makes the film an engrossing one. In the end, Turing’s brilliance and his contributions to ending the war is undermined by a society that condemned his sexuality, resulting in a life that ended way before it should have. The Imitation Game does not shy away from the ugly truth, making it an engrossing if dark movie to watch.