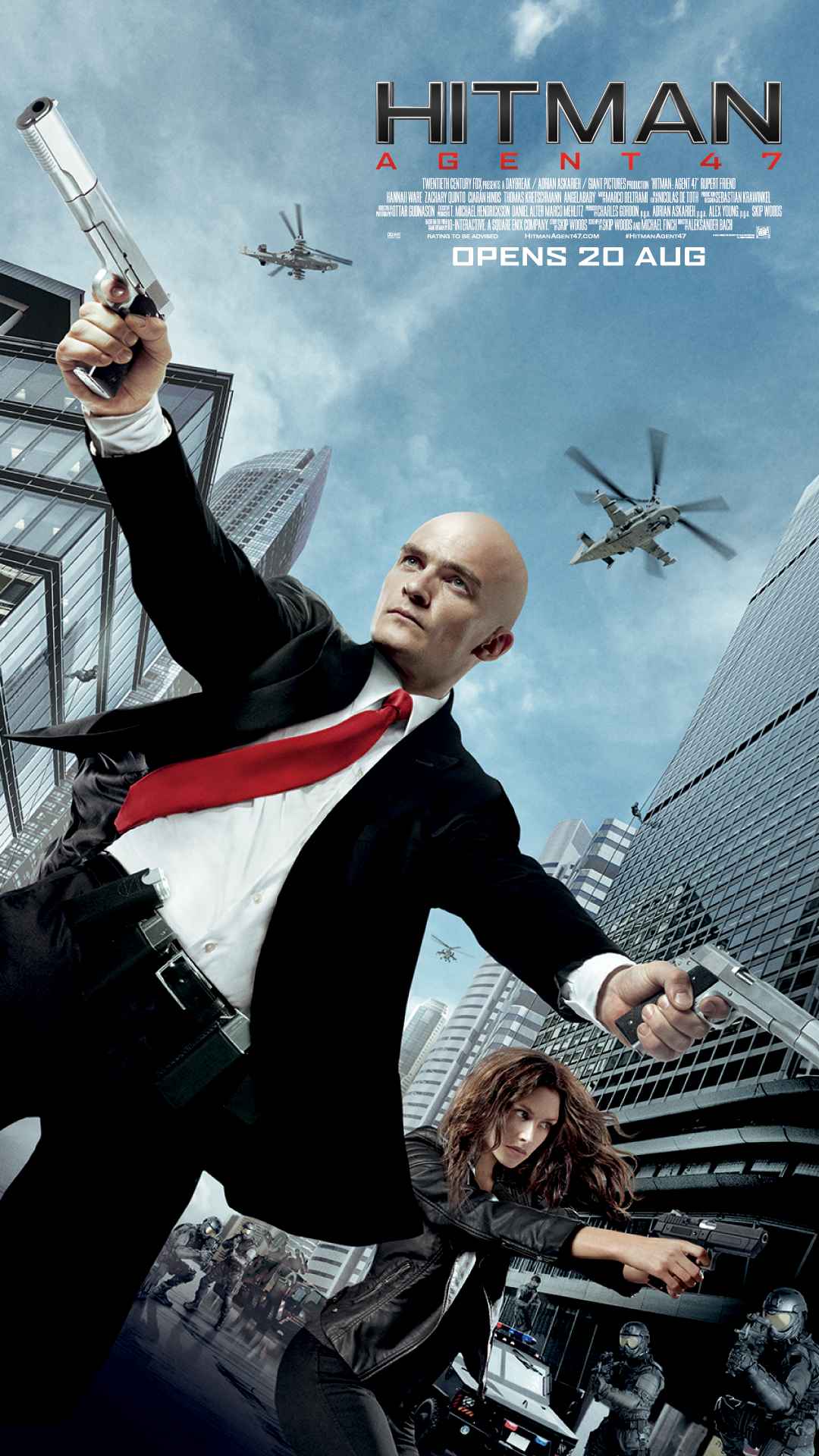 Synopsis: Hitman: Agent 47 centers on an elite assassin who was genetically engineered from conception to be the perfect killing machine, and is known only by the last two digits on the barcode tattooed on the back of his neck. He is the culmination of decades of research – and forty-six earlier Agent clones – endowing him with unprecedented strength, speed, stamina and intelligence. His latest target is a mega-corporation that plans to unlock the secret of Agent 47’s past to create an army of killers whose powers surpass even his own. Teaming up with a young woman who may hold the secret to overcoming their powerful and clandestine enemies, 47 confronts stunning revelations about his own origins and squares off in an epic battle with his deadliest foe.

Review: Video game to movie adaptations have generally not gone well, and for the Hitman videogame, there was even a poorly-received precedent set in 2007. Flash forward almost a decade later, and it’s time for yet another movie franchise to be rebooted. Agent 47 is likely to elicit a higher interest level locally, simply because parts of the movie were shot on location in Singapore, and let’s face it – there is always a little bit of a cheap thrill when you see familiar landmarks on the big screen, especially in an international blockbuster.

This is not a film that will please fans of the Hitman videogames, simply because it chooses to forgo the stealth element that was an essential component to the videogames. More often than not Agent 47 feels more like a younger, supercharged John McClane, coming out with guns blazing and blowing brains out along the way, and earning the film its NC-16 rating. As an action film, it is a rather generic one, though with a number of pretty decent action set-pieces that serve to move the film along nicely. The CG, unfortunately, is quite unimpressive, though Bach seems to try to mitigate this by employing a copious amount of quick cuts during most of the action scenes.

Apart from the lack of a coherent plot, one of the most glaring faults of Hitman: Agent 47 is how blatant the product placements are. It is clear that Audi must have spent a pretty penny for all the exposure in the film, but even the Singapore portions of the film resemble a promotional video rather than being vital to the film. Was there a need to show Hannah Ware swimming in the (an admittedly gorgeous) infinity pool of a five-star hotel, or to arrange a meeting at (again, admittedly gorgeous) Gardens by the Bay if it was intended to be a clandestine one? More disappointingly, for a film that must have been substantially bankrolled by Singapore, there seems to be only one discernable local actress involved in the film, and even then only as an extra in a very short sequence.

While Rupert Friend makes for a rather effective Agent 47 (this was a role that apparently was intended for Paul Walker before his death), the rest of the cast is bland and forgettable, and Zachary Quinto and Ciaran Hinds in particular feel criminally underused. Although the end credits sequence sets the stage for a potential sequel, it’s hard to imagine this film garnering enough interest or box office for the studios to consider a follow-up.