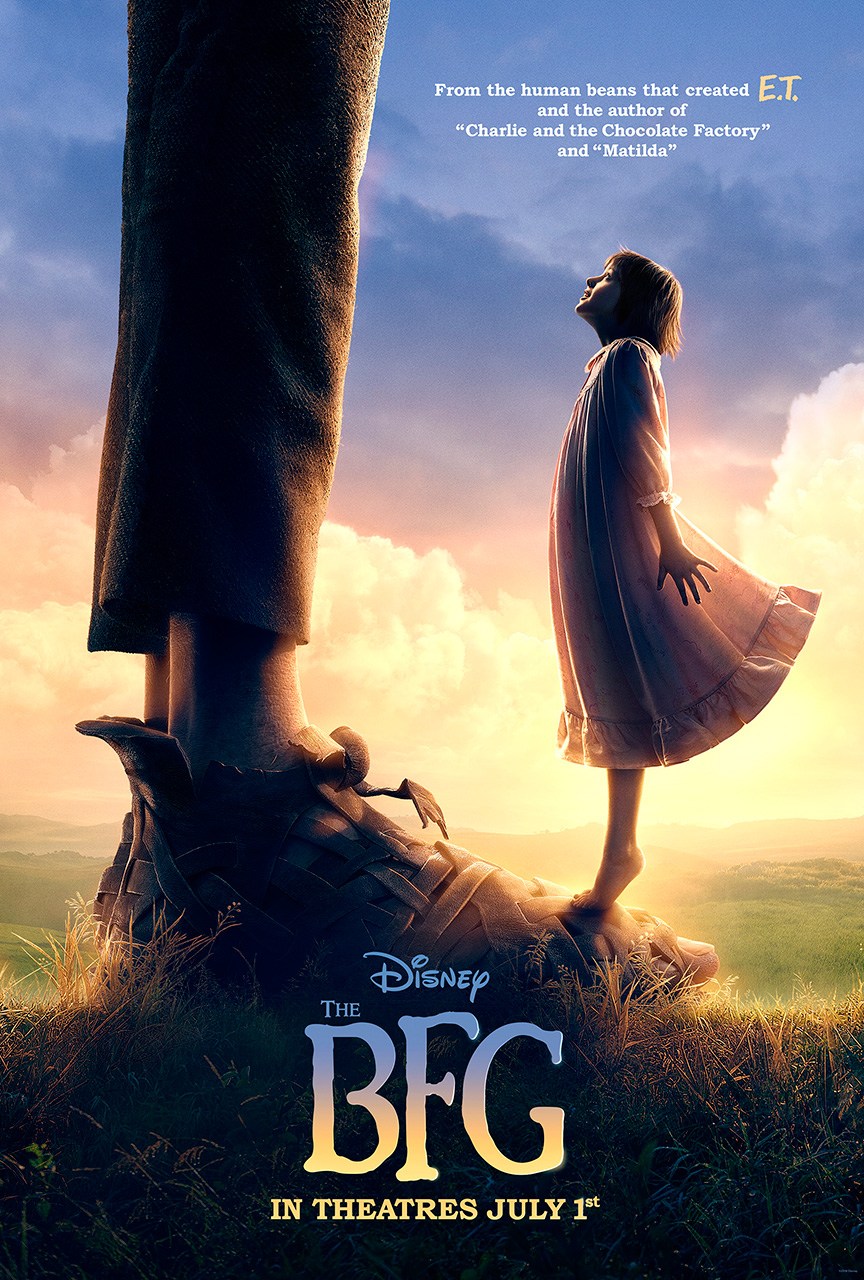 Screenplay: Melissa Mathison, based on the book by Roald Dahl

Synopsis: The tale of a young girl (Ruby Barnhill), the Queen of England (Penelope Wilton) and a benevolent giant known as the BFG (Mark Rylance), who set out on an adventure to capture the evil, man-eating giants who have been invading the human world.

Review: On paper, The BFG movie is something that should see resounding success – after all, it’s based on Roald Dahl’s universally loved book, and the screenplay is written by (the late) Melissa Mathison, who had worked with Steven Spielberg on ET previously. It is surprising that this has not been the case, and The BFG had suffered a disappointing run at the box office in the USA. While there are some slight issues with the pacing, The BFG is an eminently watchable film, and though it is clearly aimed at young audiences, it will likely also appeal to those who have waited a very long time for this book to make the leap to the big screen.

Spielberg has always been at the forefront of technology in his films, and while The BFG doesn’t incorporate any groundbreaking CG work, the motion capture performance of Mark Rylance’s BFG is nothing short of flawless. It’s a testament to how far technology has come, and the BFG (and to a lesser extent, the other nine giants) feels like a living, breathing entity with emotions and personality instead of a digital construct. Landscapes are all impressively rendered, none more so than Dream Country, which forms one of the most visually stunning sequences in the film, well worth the price of entry on its own.

The chemistry between Rylance and newcomer Ruby Barnhill is palpable and their friendship is believable. However, their friendship also remains largely superficial and it does get a little hard to feel vested in the outcome of their caper to Buckingham Palace, even though the entire sequence with the Queen of England is undoubtedly the highlight and most enjoyable part of the film. The darker aspects of Dahl’s original story have been toned down somewhat, which makes The BFG an easy recommendation for family viewing.

One of the few flaws in The BFG is that the screenplay moves at a slightly sluggish pace, and there are scenes in which the film grinds to a near-halt. Given the source material, it was probably unnecessary to have the film run at close to two hours long, and a snappier edit may have given more immediacy to the proceedings. Despite the technological achievements of the film, The BFG feels like a “small” movie, especially with Spielberg at the helm.