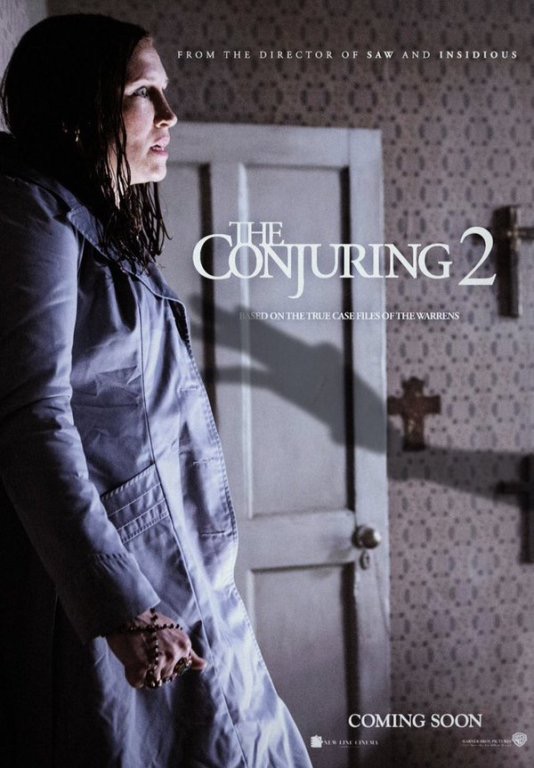 Synopsis: Reprising their roles, Vera Farmiga and Patrick Wilson star as Lorraine and Ed Warren, who, in one of their most terrifying paranormal investigations, travel to north London to help a single mother raising four children alone in a house plagued by malicious spirits.

Review: The Conjuring was a breath of fresh air back when it was released in 2013 – an old-school horror film that managed to deliver genuine scares and a very engrossing storyline. While The Conjuring 2 was a sequel born out of financial necessity (The Conjuring made close to $400 million on a $20 million budget), it is still a very, very well-made horror film, even if it doesn’t feel as fresh the second time round.

James Wan is a true master at horror films, and his wizardry is clearly on show in The Conjuring 2. Virtually every scene in the film boasts excellent camerawork, and even the most mundane sequences pulses with menace and dread. Coupled with a terrific (and at times terrifying) soundtrack, even the most jaded moviegoer will be guaranteed a couple of scares. This is despite the truly old-school subject matter in The Conjuring 2 – haunted house, poltergeist activity, an old man apparition, demonic possession – nothing even a casual horror movie fan would be unfamiliar with. I can confidently say that Wan is currently at the top of the horror game with his multiple movie franchises, with no competitor coming even close.

Both Patrick Wilson and Vera Farmiga are back in The Conjuring 2, and a good part of why the film works is due to the strong performances by both actors. Not only are they able to keep the audience vested in their investigations, the couple dynamics are also quite convincing and really help to sell the Warrens’ cause as benevolent paranormal investigators.

While the film does run a little too long, with too much wheel spinning (almost an hour) before truly delving into the actual plot, the film does remain rather engrossing, resembling almost like a whodunit more than a horror film. This could dismay horror film purists, but for general audiences this may actually be seen as a plus point, since there’s more meat on the bones versus the “typical” horror film. While there seems to be a potential for a third film in the franchise, I doubt there is enough material left in the haunted house/demonology barrel for even Wan to not scrape the bottom.