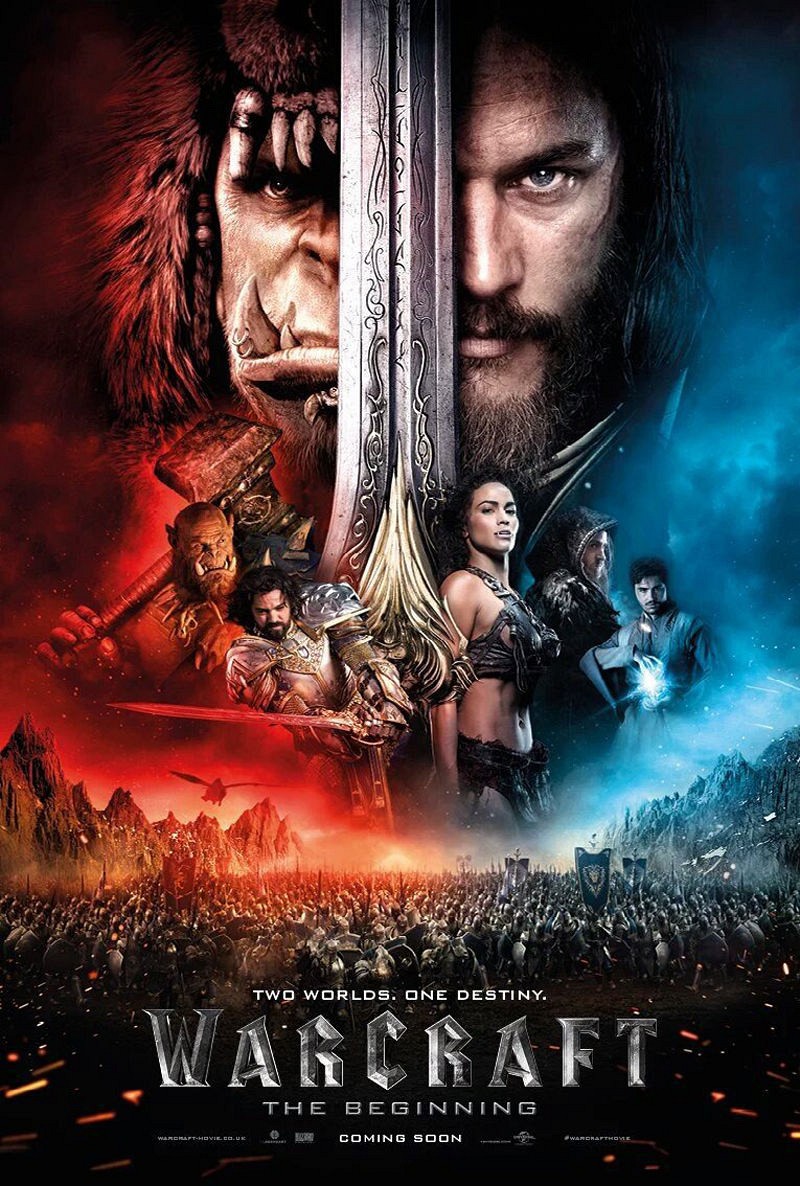 Synopsis: The peaceful realm of Azeroth stands on the brink of war as its civilization faces a fearsome race of invaders: Orc warriors fleeing their dying home to colonize another. As a portal opens to connect the two worlds, one army faces destruction and the other faces extinction. From opposing sides, two heroes are set on a collision course that will decide the fate of their family, their people and their home.

Review: Where to begin…? While Warcraft will hold some appeal for fans of the various games set in the Warcraft universe, it will almost assuredly be a complete miss for anyone who isn’t deeply acquainted with Azeroth and its denizens.

Not only is the film overstuffed with arcane references to the Warcraft universe, there’s little to no effort made in explaining any of it to the audience. Strip away the somewhat decent CG and the strength of the brand name, and what’s left is an overlong film featuring way too many characters that is nothing more than a mediocre entry into the fantasy movie genre. It’s truly hard to imagine how Duncan Jones moved from projects like Moon and Source Code (both rather good, low budget films) to something that feels like a B-movie through and through, despite the big budget spent to produce it.

Very few fantasy movies are able to juggle multiple characters and plotlines well, and it is clear in Warcraft’s case that it is no Lord of the Rings in this aspect. There are so many lead characters and so many different subplots that everything is given short shrift. Nothing and no one is given more than a superficial treatment, and it’s difficult for viewers to feel vested in any single character, when one may not be even able to remember their names until the movie is halfway through. At times it felt like I needed a cheat sheet to make sense of the film’s comings and goings. The film also cuts from scene to scene without much of any segue, serving to muddle things to an even greater extent. That the live-action acting is universally poor (ironically the CG actors do a far better job) doesn’t help matters either.

Apart from the inability to present a coherent or engaging storyline, Warcraft’s steadfast refusal to explain anything in its two-hour plus running time makes for a frustrating viewing experience. What exactly is “fel”? Why is that black chunk of rock that is spinning in the air? Who are those elders with glowing eyes and what exactly do they do? What makes the Guardian a Guardian? Why are there dwarves and elves and other tribes doing absolutely nothing while showing up in the movie? This is coming from someone who has a passing knowledge of Warcraft and World of Warcraft, so I cannot imagine how the viewing experience would be like for someone who is new to the franchise or the genre. Maybe the ambition was to make this a first installment in a newly-minted film franchise, and hence everyone and everything showing up in this movie is merely a precursor to future films; but given how clunky and uninteresting this film has ended up, I somehow doubt that Hollywood would be forgiving enough to give the orcs and humans a second outing.